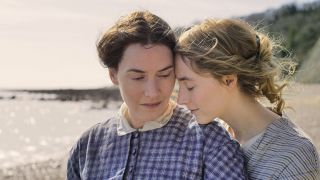 For those of us who follow the world of film closely, the calendar of industry news and updates is typically very predictable. You have your Summer blockbusters, your holiday movies, the dry months at the beginning of the year, and, of course, awards season. Usually starting in late August and continuing right through to the Academy Awards, the cycle of marketing, screenings, campaigning, and inescapable hype that permeates through Hollywood is a tradition almost as old as the industry itself. The entire rigmarole kicks off with the beginning of the fall festival season, starting in Venice and taking critics and industry folks to New York, Telluride, Toronto, London, and a few other places in-between. It’s not the exception, not the rule, for films that didn’t premiere during a film festival to receive Oscar nominations. Of the nine films nominated this year for Best Picture, only two premiered outside of the festival cycle.

This is the way of things, but what happens when the old ways become wholly untenable? With 2020 still in the grip of the COVID-19 pandemic, a scourge that has resulted in over 880,000 deaths as of the writing of this piece, the world has had to make some major readjustments. The entertainment industry alone came to a near-total standstill, with cinemas closed for months of end, movie releases postponed, delayed, or canceled in favor of VOD, and even the Oscars being moved back to a later date, just in case. Film festivals, too, have been greatly affected. Some were canceled altogether, like Cannes, while others have undergone serious restructuring to accommodate social distancing policies, like Venice, which includes a socially distant red carpet with mandatory mask wearing. Both Toronto and New York have gone digital for critics and audiences alike. It’s certainly a serious change of pace to go from the harried excitement of attending screenings with colleagues from around the world to watching new movies on your laptop at home.

The biggest and most noticeable change of the season is the serious downturn in the number of films screening during the current festival cycle. Typically, one could expect hundreds of films to play at festivals like TIFF over the course of ten days. Now, TIFF has 50 movies on their slate. It’s a significant downturn but not an unexpected one. What’s also notable within that line-up is the generally muted nature of the films themselves. That’s not to say that they are of lesser quality or are less eagerly anticipated by audiences. Rather, it’s that the slate, which we expect to be so star-studded, is not. TIFF will still welcome stars like Kate Winslet and Saoirse Ronan of Ammonite, for example, but don’t expect the endless assembly line of red carpets and A-Listers from years prior.

TIFF and New York are usually dominated by bigger Hollywood titles from the likes of Fox Searchlight, A24, Warner Bros., and other mainstream studios and distributors who we expect to be big awards players. This year, their absence is glaring. While Searchlight is pushing Chloe Zhao’s drama Nomadland hard across various festivals (it’s one of the few movies playing at Venice, Toronto, and New York), they're holding back on baity movies like Wes Anderson's The French Dispatch and the biopic The Eyes of Tammy Faye. Warner Bros. had initially scheduled King Richard, the biographical drama starring Will Smith as Richard Williams, the father of Venus and Serena, for a November 2020 release. That would have made it primed for a festival premiere. Now, it's seen its release date pushed back an entire year. While A24 does have the new Sofia Coppola movie, On the Rocks, premiering at New York, it’s a release held in partnership with Apple’s streaming service.

What this shows is that a lot of studios don’t see the current awards season and indie circuit as sturdy enough to support their movies. In a market as tough as cinema, distributors want to give their films the best possible chance of success. That can’t be guaranteed right now, as audiences hesitantly return to theaters at limited capacity but only for major blockbuster releases like Tenet. Some people are still expecting the Oscars to be canceled altogether, something that hasn’t happened in the event’s 92-year history. If you’re an executive with a sure-fire Best Picture nominee on your hands, would you want to risk premiering it this year when there’s a significant chance that it’ll be forgotten or lost to the sands of time as the COVID pandemic continues?

For festivals still moving forward, there are other glaring differences to note. One is the absence of Netflix. Over the past few years, the streaming giant has fought tooth and nail to compete with the old-school studios both critically and commercially and playing in the festival season was a key part of that strategy. They even dominated a few major events with films like Roma, Marriage Story, and The Irishman. This year, they have an enviable slew of awards-friendly movies up their sleeve, from Aaron Sorkin’s The Trial of the Chicago 7 to the Marilyn Monroe-focused drama Blonde to Ma Rainey’s Black Bottom, the final film of the late great Chadwick Boseman. They’re all sitting out the festival circuit. Why bother with the push for critical prestige and industry attention when audiences are already at home and you have an upper hand in getting your products to them ahead of the competition?

Festivals are where business is done. Studios make deals, they sell upcoming titles, and they get the world out to international audiences. Losing the status quo isn’t just about screwing with awards campaigning; it’s about a total restructuring of the basic economics of a multi-billion-dollar industry. It may take us years to fully understand the seismic shift caused to the film world by COVID-19. For now, what we have is a strange melting pot of contingency plans and an attempt at business-as-usual that can never be what it once was. At least we still have the films. Or some of them.