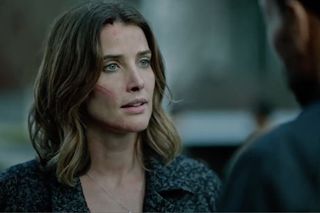 After a solid first season, Stumptown has been confirmed as canceled by ABC. It was reported in the Deadline exclusive that the cancelation is due to COVID-related reasons. Because the show was unable to film for a full fall launch, the network thought it would be easier simply to shop the program elsewhere. According to the report, the cast was just notified themselves.

Stumptown garnered a pretty solid fanbase in its first season, gathering strong ratings in both the digital and delayed (DVR, etc.) categories. The series follows Marine veteran Dex Parios (Cobie Smulders) who decided to become a private investigator after her time in the service. It also starred Jake Johnson, Tantoo Cardinal, Cole Sibus, and Adrian Martinez. The series had been praised for its Indigenous representation, its handling of PTSD, and how it managed to avoid being a straight adaptation while still being worth fans’ time.

The team had not even been able to begin filming on Season 2 when the cancelation notice came through. Stumptown joins the ranks of The Society, I’m Sorry and I’m Not OK with This as series that were canceled before their time solely due to production delays. All four had previously been picked up for follow-up seasons prior to their cancelations.

While the report did note that the series would be shopped elsewhere, hope seems pretty slim while even streaming giants like Netflix (I’m Not OK with This) is axing their otherwise successful properties due to the pandemic.