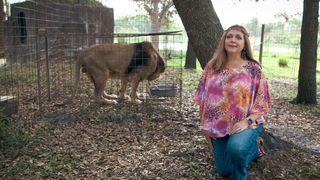 Dancing with the Stars recently announced its full cast of stars for its 2020 season. Among them? Tiger King foil Carole Baskin. Did she kill her husband? Didn't she? Who cares, apparently she can dance! The show did just have Sean Spicer on it last season, after all.

Baskin is joined by a host of other actors, athletes, and professional dancers, all of which are outlined below.

The show will now be hosted by Tyra Banks after Tom Bergeron and Erin Andrews both announced their exits from the series back in July.