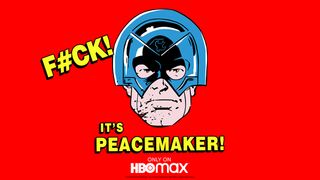 We know you haven't met the character just yet, but who's ready for more Peacemaker content? Despite James Gunn's upcoming The Suicide Squad not yet hitting theaters (currently slated for August 6, 2021), HBO Max seems confident fans are going to be into it enough to want more of one particular character - Peacemaker.

John Cena's role in the upcoming The Suicide Squad film was long under wraps. After the reveal at DC FanDome, there certainly was enough buzz to justify some attention. Well, attention it's received!

The series will star John Cena and be both written and directed by James Gunn - a creator that we no longer believe takes time to sleep. Production will start in 2021 before Gunn kicks off work on Guardians of the Galaxy 3.

Gunn and Cena have both provided comment on the series. Cena noted, "I have said before that this has been a tremendous honor and an incredible opportunity to be a part of The Suicide Squad and to work with James on what is going to be a fantastic movie. I am unbelievably excited to have the chance to team up with him again for Peacemaker. We can't wait for fans to see this." While Gunn said, "Peacemaker is an opportunity to delve into current world issues through the lens of this superhero/supervillain/and world's biggest douchebag. I'm excited to expand The Suicide squad and bring this character from the DC film universe to the full breadth of a series. And of course to be able to work again with John, Peter, and my friends at Warner Bros. is the icing on the cake."

With all that in mind, stay tuned for more on Peacemaker!