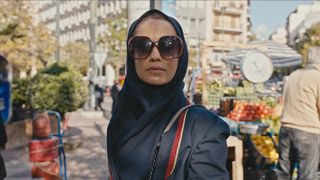 The first three episodes will drop all at once, with new episodes landing on Fridays thereafter.

Tehran (which is the capital of Iran, of course) "tells the thrilling story of a Mossad agent who goes deep undercover on a dangerous mission in Tehran that places her and everyone around her in dire jeopardy."

The series stars Niv Sultan (Flawless, She Has It, Temporarily Dead) and the Tehran-born Shaun Toub, who you'll recognize from Homeland and Iron Man. Fellow Homeland star David Negahban also is on board, as are Shervin Alenabi (Baghdad in my Shadow), Liraz Charhi (A Late Quartet), and Menashe Noy (Big Bad Wolves).

Apple TV+ runs $4.99 a month, with a free seven-day trial. It's available on most streaming platforms, including Apple TV, Roku, Amazon Fire TV, and on the web. An Apple TV app is coming later this year for Sony and Vizio smart TVs.