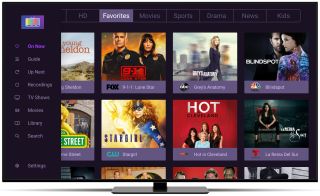 The Channels app — which just got a major update on Apple TV and iOS in July — now has a fresh coat of paint on Android TV and Amazon Fire TV as well. Channels is a third-party app for HDHomeRun that costs extra, but also brings a lot of extra functionality, to say nothing of a better user interface.

New in Version 3.0 on Android TV and Amazon Fire TV is the updated navigation sidebar, which is able to show more content and is now fully customizable. (So customizable, in fact, that you can turn it off if you want.) You're also able to add other sections like Movies, Up Next, TV Shows and others to the sidebar, should you so choose.

Also, the recordings section is now a simple list, making it much easier to see what you've recorded. Which is a very  good thing.

You're also able to manage the trash directly from the app, mark shows as favorites, there's now an option to resume or start from the beginning when playing back shows, you can customize seek times for watching movies, configure shortcuts to other parts of the app, hide the trash buttons, and customize even more settings.

And the Channels folks say more is still on the way, including enhanced library browsing, a kids section, autoplay and shuffle, and kiosk mode.

Channels has a one-time price of $25 on whatever store you buy it from. Pay once, and use it on HDHomeRun forever.

Speaking of HDHomeRun, it's a connected TV tuner that allows you to take the over-the-air feed from an antenna and pump it to whatever devices you've got in your home. Buy the HDHomeRun hardware, maybe buy an app (seriously, I can't stress enough how much better it is than the built-in app), and you're watching as much free OTA TV as you want.