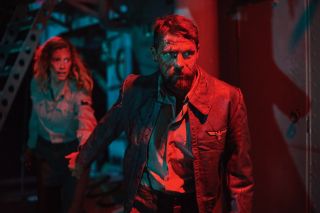 That's exactly what The Horror Collective's new feature promises. Blood Vessel follows a small cast of characters as their life raft happens upon an abandoned Nazi vessel in the middle of the ocean. When they board the old boat, they find way more than what they bargained for in what's been promised as a "World War II creature feature".

The Horror Collective was kind enough to let us debut their most recent behind the scenes clip from the project. Give it a look!

Dix has worked on a host of films, including the likes of The Babadook and Lake Mungo, and we've seen many of this actors deliver solid performances in their respective projects.

You can check out the film on VOD and Demand on July 21st.