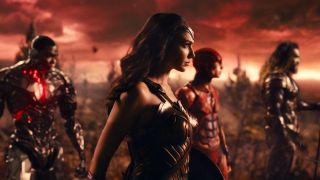 Ah, The Snyder Cut. For those whole only casually follow DC's films and are lucky enough not to have a Twitter account, The Snyder Cut is a mythical version of Joss Whedon's Justice League that was solely created in former director Zack Snyder's vision.

A subset of fans decided that this version existed (fueled by Snyder himself), and started a campaign called #ReleaseTheSnyderCut. Now, Justice League released in 2017, so it's worth noting that this campaign has been going on for at least two years.

Fast forward to the beginnings of COVID-19, and studios quickly realizing that they'd find themselves contentless sooner than they were comfortable with. This realization resulted in Warner Brothers announcing that the time had come! They'd be releasing The Snyder Cut! There was just one caveat:

At least it didn't at the time. With the announcement, WB confirmed that they'd be cobbling together a film out of snippets from what Zack had shot before exiting the project. And, with that note, here's your first look at The Snyder Cut.

There it is in all of its willed-to-life glory. May it be everything that the people who clamored for it dreamed.

Zack Snyder's iteration of Justice League will be coming your way in 2021 on HBO Max. It will be in four parts, each an hour long. Snyder and company hope to find a way to bundle it all together into one film at the end.