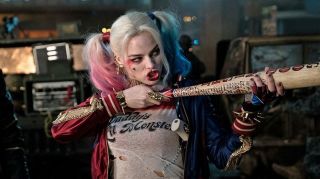 Well, The Suicide Squad certainly gave us a ton of information that we didn't have before. We all speculated who was playing what DC villain in the film, but now we have the definitive cast list!

But that's not all! After a goofy round of DC trivia, writer-director James Gunn revealed some behind the scenes footage for what looks like an absolutely bonkers movie.

I was on board from the moment they announced James Gunn was helming this thing. Now... I am legitimately excited to see how this shakes out.