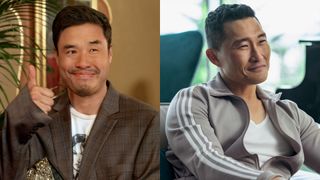 Randall Park, left, and Daniel Dae Kim starred in Always Be My Maybe on Netflix. They'll now pair up again in a heist film for Amazon Studios. (Image credit: Netflix)

Daniel Dae Kim and Randall Park starred as Ali Wong’s love interests in Always Be My Maybe, and now the duo is set to star in a heist movie together for Amazon Studios.

The film still doesn’t have a title, but it’s being written by screenwriter Young Il Kim who has worked on both Showtime’s Billions as well as The Blacklist, Deadline reports. Several studios and streaming services were reportedly interested in the film, but Amazon Studios managed to get the rights.

The actual plot of the movie has yet to be released, but it’s expected to be loosely based on a group of high school friends that get together. The original idea came from an idea Kim, Park and 3AD’s Head of Development John Cheng came up with.

3AD is a film and production company created by Daniel Day Kim in 2013  that is committed to telling stories and featuring characters from cultures that are typically underrepresented. The company is behind The Good Doctor and currently has a first-look offer in place with Amazon.

“We love heist movies,” Kim told Deadline. “We want to be inclusive and we feel like there’s a story here to be told. It’s super exciting… Randall and I have wanted to do something together for a while. This is just a great reason to bring together talented actors who have been friends for a really long time and really have fun on a project that, with any luck, will be able to make an impact.”

No word yet on when the film is expected to be released, or you know, what it will be called, but we'll be keeping an eye out.