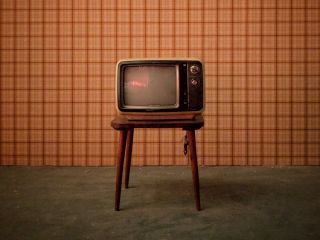 Folks have always joked that the Friday night television slot is were shows go to die. There was definitely some truth to that prior to the age of the DVR, but things work a bit differently now. Fact of the matter is, there aren't a lot of households that watch any TV live anymore (outside of sports and the uptick in live watches due to everyone being at home).

Because of that, Friday evenings are now a veritable smörgåsbord of things to watch. Live sports are starting to trickle back into our lives, streaming services are putting out more exciting content every day, and there's even a couple of shows about dinosaurs out there!

We're down to the top 3 as we head into RuPaul's Drag Race All-stars 5 season finale. Don't worry, no spoilers here-- but you can expect tonight's episode to be more fabulous and dramatic than ever before. Who called RuPaul? No one knows! But tune in tonight to find out!

ABC News correspondent Bob Woodruff and son Mack head on an adventure to explore all the ups and downs of traveling to remote locations that most casual vacationers aren't likely to visit. They'll dive into areas most misunderstood by the general traveler, exploring the ins and outs of what make the location great, all while getting up to hijinks themselves as a father and son on the road together.

It's strange that, no matter how much of an impact a woman may have had in science, the story of her male counterparts are still often told before hers. It's a bit ridiculous that we've had to wait this long for a feature film on Marie Curie, but at least the wait was worth it! Radioactive hits Amazon Prime Video today, and is definitely a worthy way to spend your evening.

I don't know a whole lot about NASCAR, but I know a lot of folks dig it and that it's definitely a lot harder than it looks. The NASCAR Gander RV & Outdoors Truck Series: Kansas Race 1 will be the first of two races, both of which will take place on the  Kansas Speedway in Kansas City, Kansas.

COVID has resulted in a lot of heartbreak for a multitude of reasons across a whole host of industries. One less-obvious area is the Olympic caliber athletes that were all set to compete in this year's Olympic Games. Tokyo Olympics: Dreams Live On shines a light on those athletes, and how they're looking toward the future.

It also happens to be a great way to get your Olympics fix in if you're find yourself as upset as they are.

This week's episode is titled "The Verdict is in: Nano or T-rex", and if that's not enough to get your attention, I don't know what is. While in Montana, Clayton hopes to find out if his skeleton is that of a Tyrannosaurus Rex or a Nanotyrannus. There's some exciting stuff going down in Wyoming while the crew preps their winter site as well.

Have a family member who just wont stay off the beach no matter how many times you explain that there's a global pandemic outside? Hang out this afternoon and check out a new episode of When Sharks Attack.

Sharks are actually very lovely creatures with little interest on munching on humans provided their territory isn't in jeopardy and they're not starving, but that's not information you have to share while watching this episode!