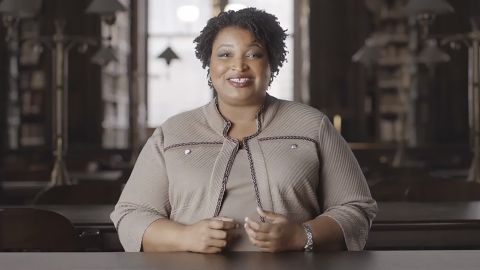 As much an effort of activism as documentation, Liz Garber and Lisa Cortes' film looks at America's ugly history of voter disenfranchisement - past, present and imminent future.

Framed by Stacey Abrams’ 2018 gubernatorial campaign, All In: The Fight for Democracy examines America’s rich and troubling history of voter disenfranchisement - past, present and imminent future. In an incendiary companion piece to Ava DuVernay’s exceptional 13th, directors Liz Garber (The Fourth Estate, Ghosts of Abu Ghraib) and Lisa Cortes retrace Abrams’ personal history of public service as a way of highlighting the absolute need for more of the American electorate to get involved in the political process, not only despite but because of decades and even centuries of policymaking that aims to reduce or discourage their participation.

Abrams is the film’s “star,” but it’s hard not to see why a filmmaker would choose to focus on her, even before she ran for governor against Brian Kemp, a former secretary of state who oversaw the integrity of their contest - which, crucially, he won by a negligible number of votes. Her parents imbued her with three ongoing responsibilities - go to church, go to school, and help someone else - leading to high academic achievement in high school and college, speaking engagements in her teens and twenties, and a path that perhaps inevitably led to public office. She is well-educated, passionate, and resilient. But even if she refused to allow that disappointing defeat to impede her political aspirations, Garber and Cortes document decades of American policy, particularly in the South, designed to undermine, minimize, and marginalize people of color in the electoral process - not just legally but ideologically.

Donald Trump and his administration offer daily examples of their own dishonesty and corruption, not to mention their disconnect from voters they purport to serve; in one clip, Trump effectively admits to a news reporter that Republicans would never win another election if everyone voted. But Garber and Cortes look back on the language of the Constitution as it was formed - theoretically, perhaps facetiously, to champion the rights of all people, while enabling some three percent of the population (white male landowners) to vote in the country’s earliest elections. Reconstruction saw some of the highest numbers of registered Black voters in the country’s history, 67 percent, before a litany of seemingly innocuous laws - the invisible, pernicious Jim Crow laws - made it virtually impossible for Black people to actually vote. First came a poll tax; then a literacy test that a current-day law professor said his students couldn’t pass; and felony disenfranchisement laws.

That these prohibitive laws exist, and have for years, remains unsurprising in a country still unwilling to reckon with its original sin, its conception on the literal backs of enslaved people. But the filmmakers detail the sly and disingenuous ways that these laws have been re-framed and sold to the American people as reasonable measures to protect the integrity of the voting process without significant danger of fraud on a significant level, locally or nationally. Moreover, their interviewees speak pointedly to the historical cycles that seem to drive these initiatives: after the election of Barack Obama in 2008 seemed to fulfill or realize decades of re-franchisement of Black voters, the Supreme Court succumbed to arguments that laws like the Voting Rights Act were no longer necessary - that racism was no longer an issue - and set state and national policy back on a path to divide and discourage people from communities of color from being able to participate.

As informative as it is, the documentary is unambiguously a piece of activism, encouraging people to get involved, and highlighting as vividly as possible what dangers lie ahead for the 2020 Presidential election. But most of all, the film offers so many horrifying examples why people do lose interest, why they mistrust the electoral process, why they feel like their voice doesn’t matter - which is exactly why they must vote. It absolutely matters that America ranks last in getting people to vote among Western democracies. Nowhere else is it as tough, are there more obstacles, to casting a vote as it is in the U.S. All of which makes it that much more vital to participate, to try and make change at the voting booth, one of the few places where people can be heard if they mobilize.

All In: The Fight for Democracy, like so many documentaries made right now, is full of unvarnished, deeply upsetting truth, and a righteous anger to repair years and years of damage done. It has the benefit of focusing on a topic that is truly pivotal to the future of our country; as one interviewee says, “The erosion of our democracy is not right.” But using Abrams’ story as a throughline reminds us that as grateful as we must be for her strength and determination, the real repayment to public servants like her is actually using the rights that she fights every day for us to be able to enjoy.

You can watch All In: The Fight for Democracy on Amazon Prime Video on September 18th.