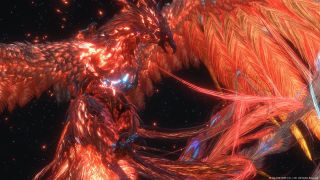 After months of wondering when the PlayStation 5 would head to market and what the cost of the console would ultimately end up at, we finally got some answers at the PS5 Showcase put on by Sony. We also got a look at some of the sharp new titles headed to the platform upon its release.

First and foremost, PlayStation 5 will release November 12th in the US and Canada, and November 19th around the world at two price points. The digital only console will come in at $399, with the disced option hitting $499. No big surprises there, even if we had begun to wonder if the release date was a myth!

Let's check out some of the games!

This one, like the rest of the Final Fantasy franchise, will remain a PlayStation exclusive. The trailer drops a small tease line with, “The legacy of the crystals has shaped our history for long enough…”

The much-anticipated follow up to the Marvel's highly successful Spider-Man game will be coming your way during the 2020 holiday season. Sony didn't give much of a tease on this one, with only the release timeframe hinted at in the description, but we still got a look at some of the game!

Like Miles' much-hyped title, we don't know a ton about this new Five Nights at Freddy's jam, either. While some of the older properties were a bit lackluster, internet reaction seems to be positive. Check out the trailer for yourself.

We did get a little bit of a snippet on Demon's Souls! Here's the description from Sony:

In Demon's Souls, venture into the fog-ridden kingdom of Boletaria. Here, death is not the end, and again the challenge seems insurmountable. But this dark world draws you in nonetheless, with its sumptuous sights and chilling sounds. Through the power of the DualSense controller's haptics, you feel every visceral blow, making even small victories all the sweeter.

Not to be redundant, but this one looks a little weird. Not necessarily a bad thing, particularly this early in the process, but some of this trailer looks like old graphics mashed together with contemporary ones. All the same, looks just curious enough that it's worth checking out.

There must be Devil May Cry inside joke somewhere in this description:

DMC is back and better than ever in the series’ most SSStylish and most action-packed entry yet.

Horrifying commentary from Harry Potter's creator aside, a lot of people (who do not share her beliefs) worked on this one. To be completely honest, it shows. The graphics here are stunning.

And now, a note from our sponsors (the note's from PlayStation. They do not sponsor us.)

Off the books. Under the radar. It’s rumored that Perseus is in play again, and planning an attack that threatens the balance of power. A Black Ops team comprised of Frank Woods, Alex Mason, and Russell Adler infiltrates an airfield in Turkey to eliminate a high-value target. The following is a portion of 'Nowhere Left to Run' the first campaign mission in Call of Duty: Black Ops Cold War, where players will use the cover of darkness and plausible deniability to fight a battle that “never happened.”

With all the Resident Evil hype throughout the year, it feels pretty obvious that PlayStation would be coming to the table with a brand new game.

Fear surrounds you in Resident Evil Village, unleashing a new chapter of survival horror on PlayStation 5 in 2021!

While we now know the November 12th release date, pre-orders remain a bit of a mystery. Howevery, PlayStation did just tweet this.

PS5 pre-orders will be available starting as early as tomorrow at select retailers.September 16, 2020