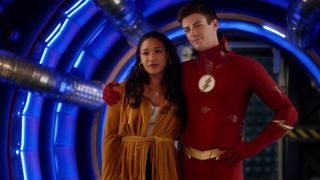 Like all of the DCTV shows on the CW Network (not you, Legends of Tomorrow) The Flash had its season cut short by the COVID-19 pandemic. As teams get closer to returning to Vancouver to continue production on the Fall seasons, Team Flash joined up at DC FanDome to discuss what we can look forward to in the future of Team Flash.

Here are the snippets we learned from their panel today!

The team also came to the table with a sizzle reel for next season. Check out what the team's going to have to face as Barry continues to lose his powers but the villains keep on comin'.