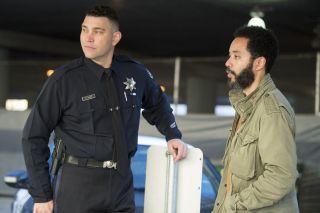 HBO has put the entire first and second seasons of Wyatt Cenac's Problem Areas on YouTube, for anyone to watch .

If you've yet to see it and are wondering why you should? Here's the short version: It's the same sort of segmented show a la John Oliver. It's funny. It's poignant. It's smart. Like Oliver, Cenac was a correspondent on The Daily Show . (There's a little drama there that we won't get into, plus the fact that Cecac and Oliver are two entirely different people, from different places, and the shows have very different feels to them.)

The first season made its debut in the summer of 2018, but it's absolutely as important today as it was then. Probably more so. HBO made it available on YouTube on June 2, 2020. A day later, it added the second season.

The debut episode launches headfirst into the July 6, 2016, shooting death of Philando Castile. He was 32 years old when he was stopped by a police officer in suburban St. Paul, Minn., with his partner and her 4-year-old daughter.

He was shot five times. Still in the car. In front of both of them.

The police officer was acquitted of criminal charges nearly a year later. He was immediately fired by his department, and the city of Saint Anthony settled civil lawsuits for $3.8 million.

Wyatt Cenac's Problem Areas also is available on HBO and HBO Max , if you've got a subscription and prefer things off YouTube. (You'll also be able to watch the full second season.)