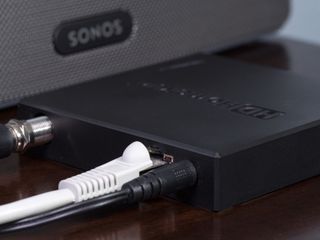 One trick veteran cord-cutters have long employed is a tried and true over-the-air antenna, which plucks all those free broadcast channels out of the sky and pipes them into your home. But one antenna going into just one television leaves out every other device on which you routinely watch TV. That's where HDHomeRun comes in. You plug in an antenna, plug the HDHomeRun box into your network via Ethernet, then watch on just about any device you have. The question, then is which HDHomeRun box is best for you.

There's really no wrong choice here. It's mostly a matter of how many devices you might want to watch OTA TV on at any one given time. If, say, you know you'll be using HDHomeRun while you're entertaining in a large home with lots of TVs, or with folks also watching on their phones or tablets at the same time, then perhaps a Quatro is the way to go. Or if you're flying solo, then perhaps a Duo will get things done.

The other question is whether you'll want some easy recording capability. You can still use network-attached storage (NAS) and a Plex account to record, but the new Scribe and Servio boxes are all-in-one solutions that should make saving your favorite broadcast shows so much easier.

The one caveat to all this comes into play if you're using Roku. Because most of the HDHomeRun boxes stream the native MPEG-2 streams (which means more bandwidth is needed on your home network because there's less compression), they don't play nicely with Roku devices. That's just a thing.

One last thing to note: If you snag a Scribe or Servio box, you get a year's worth of free DVR service. (Which costs $35 annually otherwise.)

Beyond that? Pick the HDHomeRun box that's best for you. Or combine them! You can plug multiples into your system to watch all the things.