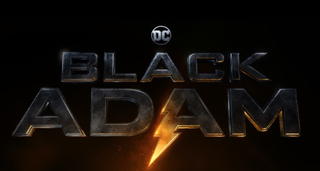 After what was originally scheduled as a 5 minute panel, Dwayne "The Rock" Johnson came to DC FanDome with all sorts of unexpected goodies. Really, this is on me for not expecting The Rock to feel the need to go above and beyond. Amateur hour over here.

Anyway! After a decade in rumors and production, we finally have our first glimpses at Black Adam and The Justice Society that will come along with him. Here is the sweet first-look Boss Logic helped the team put together for the event.

“5,000 years ago, Candat was a melting pot of magic and powers. Most of us had nothing except the chains around our necks. Candat needed a hero; instead they got me. I did what needed to be done…and they imprisoned me for it. Now, 5000 years later, I’m free. And I give you my word…no one will ever stop me again.”

It's good to see them really leaning into those anti-hero vibes, and there's no one better for the role than The Rock.

In the panel, it was confirmed that the Justice Society of America members that will be joining him will be Hawkman, Dr. Fate, Cyclone and Atom Smasher. Currently, we know that Atom Smasher will be played by Noah Centineo, who joined Johnson for the panel.