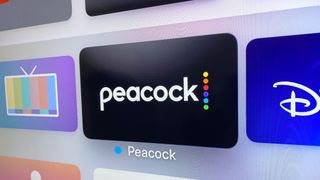 More than 10 million subscribers hit up Peacock in the first month or so of its existence. (Image credit: WhatToWatch.com)

Comcast released its quarterly earnings today, and that means we get a brief peek into the early life of Peacock, the new streaming service from NBCUniversal.

And so far, the numbers sound pretty impressive. Here's the operative line from the earnings report:

NBCUniversal successfully launched Peacock in Cable’s footprint in April, ahead of the streaming service’s U.S. nationwide launch earlier this month, with 10 million sign-ups to date.

That 10 million number is nothing to sneeze at. And it's certainly better than what we've seen from another recent entry, Quibi. It's not a 1:1 comparison at all, of course — Quibi is a decidedly mobile affair, without a massive back catalog to go along with its new short-form video. But it's also a fraction of the size of an international service like Disney+, which sports more than 54.5 million subscribers at last count. (ESPN+, which also is owned by Disney, had some 7.9 million paid subs.)

One unanswered question with the Peacock numbers, however, is how many of those 10 million subscriptions are paid subscriptions. Peacock has three tiers. There's free, which includes a good bit of the NBCUniversal catalog, supported by ads. Then there's a $4.99-a-month Premium subscription that gets you more content — including new original series. And then for an additional $5 a month you can get Premium without advertising.

Peacock will still bring in plenty of revenue even if the vast majority of subscribers are on the free tier, because advertising brings in revenue. (And could well bring in more than the Premium tier — it all depends on the volume.

Either way, execs sounded plenty happy with the early performance.

He added that movie consumption on Peacock "has been higher than we thought it would be."

Execs also noted that going forward the monthly active accounts will be a more important number to be aware of.