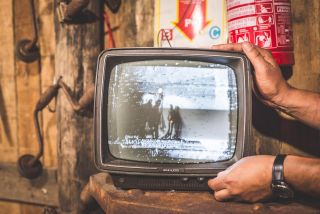 Thursday Night Football is back tonight with the Tampa Bay Buccaneers and the Chicago Bears. NBC's new quarantine-themed show Connecting.. airs its pilot tonight, and Cheaper By the Dozen 2 just arrived on Disney+.

The Tampa Bay Buccaneers take on the Chicago Bears tonight in Thursday Night Football. The game is happening tonight at Soldier Field.

Cheaper by the Dozen 2

If you’re thinking of having a movie night, Disney+ recently added cheaper by the Dozen 2. The 2005 film stars Steve Martin, Bonnie Hunt, Hilary Duff, Piper Perabo, Alyson Stoner, and Tom Welling and follows the epic 12-member Baker family on what they hope is a relaxing vacation at a lakeside resort. As you might imagine, antics ensue.

Tonight is the debut of NBC's latest show Connecting... Tonight a friend group gathers at the start of quarantine for their new-normal virtual hang. Annie contemplates opening up to Ben about her feelings for him, meanwhile, everyone worries about Jazmin, who's been MIA.

Instead of celebrity families, tonight's Celebrity Family Feud is battle between celebrity sports families. NFLPA Legends touchdown and compete against the NFLPA Pro-Bowlers to see which team scores a victory. Afterward, recording artist Macklemore competes against rapper Lil Yachty and "The Sailing Team."

Been thinking of buying a house? After years of building and selling homes, tonight on House Hunters, a couple is ready to find something long term. She's done with construction, but he's still got the reno bug.

Watch at 10pm EDT on HGTV