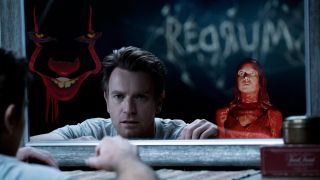 Several hundred stories spread across novels, collections and even an alternate pen names make Stephen King one of the most successful authors of all time. Following his rise into literary prominence during the early 70s, the Maine-native’s stories spread across horror, paranormal, suspense, crime and science-fiction became ripe for Hollywood adaptations. From the 1974 take on his debut novel Carrie to the release of Doctor Sleep as 2019 turned into the new century, there have been several dozen films inspired by King’s published work. That doesn’t even count the numerous adaptations in development and production.

In order to help those interested in digging deep into King adaptations one should stay away from the Thinner(s), The Dark Towers(s), The Graveyard Shift(s) and The Mangler(s) of the world. To help avoid the real stinkers, we’ve selected the best films inspired by King’s stories.

High school can become a hellish four years of insecurities, growing into adulthood, building friendships and bullying. For King’s debut publication Carrie , the story centered around the titular character dealing with incredibly cruel classmates and an over-religious mother while understanding her telekinetic powers. In the first cinematic adaptation of a King novel, director Brian De Palma delivers perfect pacing as the film inches closer to its explosive finale.

Despite some hectic production and disapproval from King himself, Stanley Kubrick’s adaptation of The Shining eventually turned into a pop culture phenomenon. The story centering around a family spending the winter at an isolated hotel in the Colorado Rockies turns into a dark game of survival as struggling writer Jack Torrance (Jack Nicholson) slowly finds himself influenced by the ghosts of the Overlook Hotel. This all takes place as his son Danny (Danny Lloyd) begins to understand his powers more. The second King novel to get a cinematic treatment following 1976’s Carrie, The Shining proved that material from the acclaimed author was box office gold.

Tommy Lee Wallace’s take on the 1986 King novel It became known for Tim Curry’s portrayal of clown/outer-dimensional monster Pennywise in 1990. In contrast, Bill Skarsgård's embodiment of the creature is less comical but more menacing and all out creepy. The story of a group of friends battling Pennywise and their own personal demons became a global blockbuster. Despite the polarizing sequel, the first chapter became one of the highest grossing horror films of all time.

Based on King’s 1999 short story of the same name, John Cusack and Samuel L. Jackson star in one of the most under-appreciated adaptations from the storied author. When “paranormal investigator” and author Mike Enslin (Cusack) is invited to rent the room at a New York City hotel following a slew of warnings from hotel manager Gerald Olin (Jackson), he begins to experience some bizarre and potentially deadly experiences.

The Dead Zone features Johnny Smith (Christopher Walken) as a successful schoolteacher who is close to starting a romantic relationship with Sarah Bracknell (Brooke Adams). That all ends after a horrific car accident and five-year coma. Alongside finding out that Johnny‘s love interest is now married with a child, Johnny discovers that he has developed the ability to learn a person’s life through touch. This set-up leads to a thriller involving Martin Sheen’s villainous Greg Stillson and a nuclear conspiracy.

The ensemble cast of River Phoenix, Corey Feldman, Jerry O’Connell and Wil Wheaton makes Stand By Me one of the best male led coming-of-age dramas ever made. The story follows Gordie, Chris, Teddy and Vern’s journey to find the body of a missing boy in Castle Rock, Oregon, but quickly becomes an adventure of pure discovery. His successful take on King’s 1982 work set the stage for director Robert Reiner to tackle Misery later in his career.

Though considered a box-office failure during its initial release in 1994, VHS rentals and an edited cable television version turned The Shawshank Redemption into a cult classic. The prison drama stars Tim Robbins as Andy Dufresne, a man convicted of murdering his wife and her sidepiece. Spending life at Shawshank State Penitentiary, he begins a friendship with Ellis “Red” Redding (Morgan Freeman) while searching for ways to find freedom.

Kathy Bates shines as a psychotic fan who finds herself too invested in the works of author Paul Sheldon (James Caan). When Paul crashes his car during a snowstorm, Annie Wilkins (Bates) rescues him and allows him to stay in her guest bedroom. Things turn psychotic when Wilkins begins to read the manuscript for Paul’s next entry in his Misery book series. Bates would eventually win Best Actress for her portrayal of Annie and become the only King film to win an Oscar during the 63rd Academy Awards.

Carla Gugino and Bruce Greenwood star in this adaptation of King’s 1992 novel. Director Mike Flanagan (The Haunting of Hill House, Doctor Sleep) elevates his small scale horror ability through the aftermath of sexual role play gone wrong. Jessie (Gugino) and her husband Gerald (Greenwood) attempt to have a weekend getaway at a secluded house for the holidays. When Jessie finds herself handcuffed to a bed when Gerald dies of a heart attack, she's forced to try and escaper her current predicament and the dark demons of her past.

One of King’s most successful novels during the early 90s, Delores Claiborne works as a psychological thriller due to the amazing on-screen chemistry between Kathy Bates and Jennifer Leigh. Bates steps into the role of the domestic servant who is accused of murdering her wealthy elderly employer Verna Donovan (Judy Parfitt). When her daughter Selena (Leigh) comes to her aid in Maine after finding out, she discovers other heartbreaking revelations as well.

The late Michael Clarke Duncan will forever be known for his portrayal of John Coffey. A lovable giant with some mysterious powers, he is sent to death row at a Louisiana prison after being convicted of several heinous crimes. Told through the eyes of death row correctional officer Paul Edgecomb (Tom Hanks), The Green Mile not only became a blockbuster success, but also earned four Academy Awards nominations.

Following his work on Gerald’s Game, Flanagan went two-for-two in taking on the adaptation of one of King's most controversial follow-up novels. Instead of attempting to one-up Kubrick’s groundbreaking take on The Shining, Doctor Sleep stands pretty well on its own. Taking place several decades after the tragic winter in Overlook Hotel, Danny Torrance is now an angry man battling alcoholism for obvious reasons. When he finds a young girl (Kyliegh Curran) with similar abilities, he must protect her from life-sucking vampires called the True Knot.