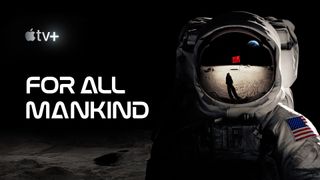 The Right Stuff isn't the only space race series to show off Saturday for Comic-Con@Home. For All Mankind — a based-in-reality fictional take the on early years of the space program helmed by Ronald D. Moore (of Battlestar Galactica fame) gave us our first look at its second season.

For All Mankind definitely isn't stuffed neatly into the box of merely trying to get man into space. For one thing, it's very much about getting women into space. And for another, while stories borrow some of the familiar names from the first days of NASA, the storylines themselves are much more on the fictional side.

Season 1 saw women save the day both on Earth, in microgravity, and also on the moon. It also introduced very real social constructs that are both an anachronism and still all-to real. And it did so while telling a story that kept you coming back episode after episode, even if it occasionally did the lunar equivalent of jumping the shark.

Season 2 fast forwards to the 1980s. Ronald Regan is in the White House, and Russia and the United States are very much still going at it.

And our astronauts are now carrying guns.

For All Mankind stars Joel Kinnaman, Michael Dorman, Sarah Jones, Shantel VanSanten, Jodi Balfour, Wrenn Schmidt, Sonya Walger, and Krys Marshall all were on Saturday's panel, which debuted a clip of Season 2 at the end.

No word yet on when Season 2 of For All Mankind will be available on Apple TV+, so stay tuned.