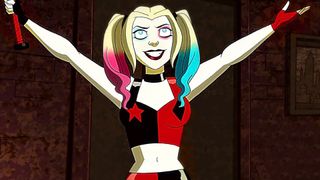 After a whole lot of concern as to whether or not the series would get a Season 3, HBO Max's Harley Quinn has been renewed for a third season.

The loud (and foul) mouthed series garnered a lot of fan interest in its first two seasons. Many felt that it finally gave Harley the raunchy, aggressive representation she deserved in ways that live-action films that were expected to appeal to the masses simply couldn't.

Despite that fan excitement, many felt that Season 2 sort of had the perfect ending. (Don't worry, no spoilers here.) The question then became whether or not the series needed a third installment. Creative teams and fans alike were happy with how Harley's story had concluded in the second finale, but in the end it appears that a mixture of fan outcry and, y'know, liking money, won the day.

The announcement came with no real information on the upcoming season of Harley Quinn, as it's likely that this decision was just very recently made. Here's executive producer Justin Halpern's statement made to io9 on the renewal.

“Well, Dean [Lorey] has actually made shows people like, but for Patrick and I this is a first. I think the three of us and the whole writing staff and crew were definitely blown away by the fan reaction... To see it come out and resonate with people was immensely gratifying. We’re really excited for it to be on HBO Max and expose it to a larger audience, including my brother, Dan, who could have easily watched it on DC Universe because I gave him a fucking code, but he already has HBO Max so there’s no fucking excuses now is there, Dan?”