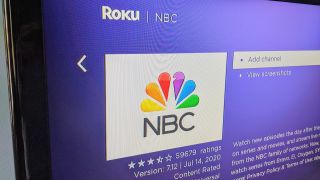 Hold on to your apps! The NBC Roku channel might be removed soon. (Image credit: Future)

In an email to customers today, Roku said that Comcast plans to remove the NBCUniversal stand-alone channels from the Roku Store. This comes as a result of negotiations between Comcast and Roku over NBCUniversal’s Peacock streaming service.

As a result, fans of Sunday Night Football, This is Us and The Real Housewives series could soon be struggling to stream. These NBC stand-alone channels, referred to as TV Everywhere channels, include NBC, Bravo, USA, NBC Sports and more.

Roku makes it clear that they believe this is directly related to ongoing negotiations between them and Comcast over a deal to have a channel for Peacock, the newly launched streaming service. Roku says that removing these popular channels is an attempt by Comcast to force them to agree to a bad deal.

We have seen similar moves before in negotiations between Roku and media companies. Roku and AT&T still do not have a deal for HBO Max, so Roku users don’t have access to all the extra content of the new service. Fox removed their channels from Roku just a few days before this year’s Super Bowl, but the two companies made a deal and the channels returned in time for the game.

Roku may be pointing the finger at Comcast, but this is the type of situation where there is plenty of blame to go around. Comcast knows that they have customers that use the NBC stand-alone channels on Roku, and they’ll be the ones to suffer. Roku may call the Peacock terms unreasonable, but other channel providers have had disagreements about Roku’s own terms in negotiations.

Roku has been in the strongest position among streaming device and OS providers, but moments like this can lead to changes in the market. Comcast is reportedly looking to enter the Smart TV OS market by bringing their X1 TV operating system from their Xfinity TV cable and streaming boxes to manufacturers. Also, Google is heavily rumored to be ready to introduce a new Chromecast device running a version of Android TV, and that streaming OS has deals in place with HBO Max and Peacock.

Roku is recommending that users who want to watch the NBC channels after they are removed try channels from cable providers, like Xfinity Stream and Spectrum TV, or Live TV Streaming Services, like Hulu with Live TV or Sling TV.

Unfortunately, it’s the users who lose when these companies feud.