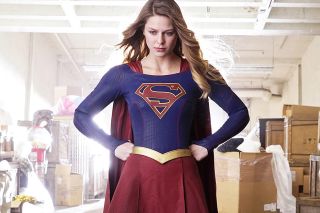 The CW Network has announced that Season 6 of Supergirl will be its last. Like most of the Arrowverse - with Black Lightning and Legends of Tomorrow being the only exceptions - Supergirl's last season came to a close prematurely due to COVID-19. We'll get a chance to see that and the final season's arc come to a close before the show comes to an end.

As some may recall, The CW announced a Superman & Lois spinoff at the end of 2019. Fans had speculated then that it was unlikely that the Arrowverse would keep two Kryptonian shows running in tandem. It seems that, regrettably, that speculation was correct.

Despite some finding the news unwelcome, it is worth celebrating that the series will get a chance to end its story on its own terms. We'll miss the Girl of Steel, but (as of right now) there's no reason we won't see her again. After all, her cousin now has his own show to deal with. As for our other beloved heroes, maybe we'll see some friends join the team over on the Waverider on Legends of Tomorrow.

The final episodes of Supergirl will premiere in 2021, with production kicking off this October.