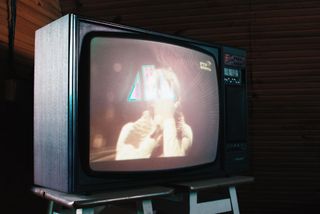 If you’re looking for something new to watch, the new Netflix Original series Emily in Paris debuts today on the streamer. Rhianna’s Savage X Fenty Show Vol. 2 arrives on Amazon Prime today, and Dean Cain is hosting a new episode of Masters of Illusion.

While visiting her fiancé's mother in southern Italy, a woman must fight the mysterious and malevolent curse intent on claiming her daughter.

Rihanna invites you to Savage X Fenty Show Vol. 2, a high energy and visually stunning experience where you can watch and shop her latest lingerie line. Hear from Rihanna, those closest to her, and go behind-the-scenes of the Savage X Fenty brand as you sit front row to see top artists and models. Travis Scott, Rosalia, Bad Bunny, Lizzo, Cara Delevingne, Miguel, Bella Hadid, Normani, Willow Smith and many more.

Encounters with mermaids, fallen angels, and other strange beasts drive broken people to desperate acts in Monsterland, an anthology series based on the collection of stories from Nathan Ballingrud’s "North American Lake Monsters." the entire Season 1 drops today.

Vampires vs. The Bronx

We might still be a few weeks off from the big day, but the Halloween movies have started to arrive on Netflix! A group of young friends from the Bronx fight to save their neighborhood from a band of vampires.