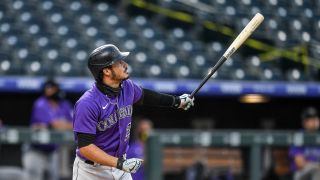 These clubs represent the West side well, with young stars that hit for power out of the third base side of the infield. You can watch Nolan Arenado and Marcus Semien go swing for swing as you watch the Colorado Rockies play the Oakland Athletics on ESPN+.

When is Rockies vs. Athletics?

The Colorado Rockies will play the Oakland Athletics on Tuesday, July 28 at 9:40 p.m. The game will be played at Petco Park in San Diego. While the game will be on two regional sports networks in that area, Rockies vs. Athletics will be broadcast nationally on ESPN+.

The Colorado Rockies (2-1) are looking to put a disappointing 2019 campaign behind them, and they’re off to a good start so far. The 2019 Rockies (71-91) finished well below .500 last season with the fourth worst record in the National League. However they return their best players, including an excellent left side of the infield.

Third baseman Nolan Arenado and shortstop Trevor Story led the team in offensive production with a combined 76 home runs and 203 RBIs. Story has already started well in three games, so if Arenado gets hot, the Rockies could surge this fall.

The Oakland Athletics (3-1) are already in first place in their division after a strong first series against rival Los Angeles Angels. The Athletics finished second in the AL West Division in 2019, and their fourth best record (97-65) earned them a Wild Card Playoff spot.

The A's lost that one game playoff to the Tampa Bay Rays, but they hope to build off of that success this year. The team also has star players on the third base side of the infield, as shortstop Marcus Semien and third baseman Matt Chapman powered the team with top three production in hits, walks, home runs and runs batted in.

How to watch Rockies vs. Athletics on ESPN+

ESPN+ is one of the best places you can watch a ton of MLB, including big games like this one. ESPN+ includes an MLB game almost every day of the season. ESPN+ also has special event sports, like UFC and Top Rank boxing, and pro team leagues, like NHL and FC Cup.

When they are in action, major college sports are also featured on ESPN+, including basketball, baseball, football and more. ESPN+ also has the full 30 for 30 documentary series back catalog, along with classic sports and news features.

How much will it cost to watch Rockies vs. Athletics on ESPN+?

Rockies vs. Athletics on Tuesday, July 28 is included with ESPN+, which costs $5 a month or $50 for a one year subscription. You are able to cancel at any time. ESPN+ used to offer a free trial , but they no longer do. The service gives users access to plenty of sports including tons of UFC fight cards. Plus, if you are looking for more you can upgrade from ESPN+ to the Disney bundle to get Disney+, Hulu and ESPN+ together for $13.

Sign up for ESPN+ today, and you can see Rockies vs. Athletics this Tuesday.