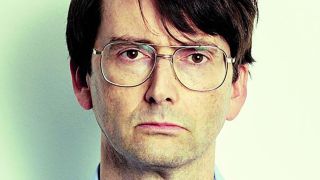 Dennis Nilsen — now the subject of new ITV drama Des — murdered at least 12 young men and boys in gruesome circumstances in north London between 1978 and 1983, making him one of Britain’s notorious and prolific killers. Now the Scottish serial killer Nilsen is being played by former Doctor Who and Broadchurch star David Tennant in the new three-part ITV drama.

Here’s the true story of Dennis Nilsen, whose horrific story is told in ITV's 'Des'

The grisly drama kicks off with Dennis Nilsen’s arrest, which only came about in 1983 following a five-year killing spree when a Dyno-Rod employee was called to 23 Cranley Gardens in Muswell Hill after reports of blocked drains. There he made the grim discovery that the drains and pipes were packed with human flesh and bones.

DCI Peter Jay (played in Des by Daniel Mays of White Lines) was alerted to investigate and it was soon afterwards that civil servant Dennis Nilsen, known to friends and work colleagues as "Des," made a shocking confession, admitting to killing homeless young men and male prostitutes by luring them to his home and strangling them or drowning them in buckets of water.  After dissecting their bodies he disposed of the remains on a bonfire or by flushing them down the toilet, and when his house was searched police also found three heads in a cupboard.

How many people did Dennis Nilsen murder?

At his trial at the Old Bailey in 1983, Dennis Nilsen was convicted of six counts of murder and sentenced to life, although he told police he had 15 victims, some bodies weren't found. He later reduced the number to 12, insisting he'd made up three murders to play with the minds of police.

The killing spree has started in 1978 at  a previous address — 195 Melrose Avenue — where he burnt the bodies of his victims in the garden, using rubber tires to disguise the smell. He later moved to the top-floor flat of the large house at 23 Cranley Gardens. But as there was no back garden, Nilsen struggled to dispose of his victims' bodies, something that eventually led to him being caught as the flesh and body parts blocked the drains of the house and other residents complained of the smell.

Dennis Nilsen later put his brutal killings down to psychological trauma he suffered during his childhood in Aberdeenshire. His drunken father walked out when Nilsen was four and he was sent to live with his grandfather, who died in a drowning accident two years later. He claims the trauma of viewing his grandfather’s dead body gave him a lifelong fascination with corpses.

Meanwhile, Dennis Nilsen’s relationship with his mother became even more strained when he realized he was gay. It’s rumored she disowned him when she found out, and the pair lost touch.

In 2018, Dennis Nilsen was 35 years into his sentence at maximum security HMP Full Sutton, Yorkshire, when he died aged 72. He was found to have a ruptured abdominal aortic aneurysm, but the cause of death was pulmonary embolism. Nilsen  was cremated at a secret funeral and his ashes handed to his family. But his terrible legacy, as Britain’s second most prolific serial killer after Harold Shipman, lives on.