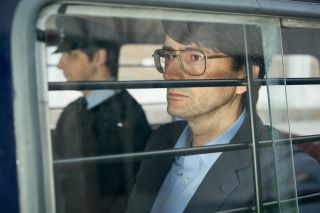 David Tennant looks disturbingly like serial killer Dennis Nilsen in a string of pictures from his upcoming ITV drama Des.

The Doctor Who star has been made into the spitting image of Nilsen, who murdered boys and young men in his flat from 1978 to 1983.

Now, three-part drama Des, based on the book Killing for Company by Brian Masters, tells the story of how one of the UK’s most infamous serial killers was caught...

Des, starring David Tennant, is on ITV this September.