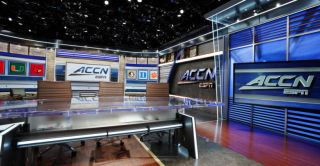 ACC College Football is ready to kick off the fall season, and fans want to watch ACC football games online so they can take the action wherever they go. The ACC is a big deal in the sport as one of the Power Five conferences, along with the Big Ten, Big 12, Pac-12 and SEC. The Power Five conferences are typically the best in NCAA football, and regularly qualify for the playoffs.

If you want to watch ACC college football games and the ACC Network online, we’ve got all the details you’ll need to make a good pick. There are a lot of good options, including our pick for best choice for ACC fans — Hulu with Live TV.

ACC teams you can watch online

All times shown are Eastern

The ACC has three football teams ranked in the AP poll, with North Carolina and Notre Dame joining the number 1 ranked Clemson.

The ACC has broadcast agreements for their college football games to air on ABC, ESPN and ESPN2. Some out of conference games may also appear on other networks, but that should only be a handful of games. If you want to watch ACC football, you need to have these three channels, plus the conference’s official channel.

The best way to watch ACC college football is Hulu with Live TV. There are no complicated add-ons or different packages to choose from.

Fans have more options than ever before to watch college football games streaming online. YouTube TV has all the ACC Football channels, including ACC Network, but they recently increased the price to $65 a month. It’s a better buy if you want to watch more than just ACC football.

Fubo TV has long had a strong focus on sports, and the service recently added ESPN channels to an already strong lineup. They also offer the ACC Network, but only on their more expensive Elite package, which runs $80 per month.

AT&T TV Now includes the channels you would need for a full ACC college football weekend, but most will require you to pick at least the $80 Max plan. Sling TV offers the lowest regular price among the live streaming services, but ACC college football fans will need to grab the Orange+Blue plan for $45 and then add ACC Network as part of the $10 Sports Extra add-on. Even then, you’ll have access to less live channels then Hulu or YouTube TV.

Saturday can be a busy day for errands and kids activities, even for hardcore college football fans. You can stay up to the minute on all your favorite ACC football action wherever you go with SiriusXM . The service has live play by play coverage of ACC football games all season long.

Sirius XM has a dedicated ACC Radio channel, with coverage of ACC games along with ACC talk and analysis. It is available in your vehicle, or streaming to your mobile devices on channel SXM 371. ACC Play-by-Play starts on channel SXM 193.