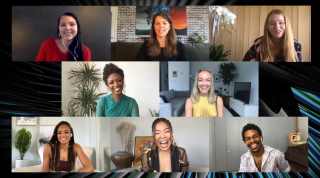 DC FanDome continues with the very first look at the new Batwoman. While it was a bummer to see Ruby Rose back out of the series after a knock-out first season, there's a ton of hype surrounding Javicia Leslie as the rambunctious Ryan Wilder.

Batwoman executive producers Caroline Dries and Sarah Schechter plus cast members Javicia Leslie, Rachel Skarsten, Meagan Tandy, Camrus Johnson and Nicole Kang all gathered to give us a glimpse of the upcoming season. Take a look!

Here are some other tidbits dropped by the cast during the panel: