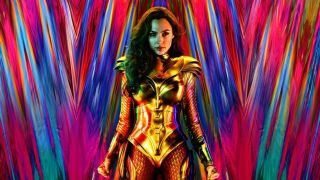 It was a very cute little display of cosplay and fan art and fan enthusiasm for the upcoming movie, but it was somewhat light on new information save that Patty Jenkins affirmed that they still plan for WW84 to be a theatrical experience.

But then the new trailer dropped.

The big takeaway here is that this trailer sets up the rivalry between Wonder Woman and Kristen Wiig's Cheetah. We get a bit of a jealousy angle, a bit of a hard turn from the character's initially withdrawn presentation to a sort of punk eyeliner aesthetic, and finally, a reveal of what Cheetah's final, comic-authentic form looks like. I'm not sure how this CG-heavy version of the character is going to hold up throughout the film, but for now, I'm into it.