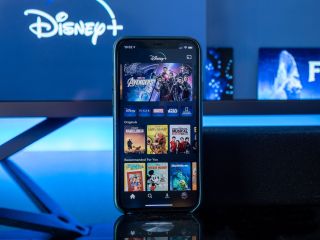 Just in case it wasn't clear enough following the 2020 that we've all had, the future of film is in streaming.

Need more proof? Just ask Disney. The media giant is shaking up its media and entertainment divisions to put even more emphasis on streaming, putting content distribution, ad sales and Disney+ under a single unit — the Media and Entertainment Distribution Group.

The reason? The "tremendous success achieved to date in the Company's direct-to-consumer business and to further accelerate its DTC strategy." Notice there's no mention of anything "COVID" there.

“Given the incredible success of Disney+ and our plans to accelerate our direct-to-consumer business, we are strategically positioning our Company to more effectively support our growth strategy and increase shareholder value,” Bob Chapek, CEO of the Walt Disney Company, said in a press release. “Managing content creation distinct from distribution will allow us to be more effective and nimble in making the content consumers want most, delivered in the way they prefer to consume it. Our creative teams will concentrate on what they do best—making world-class, franchise-based content—while our newly centralized global distribution team will focus on delivering and monetizing that content in the most optimal way across all platforms, including Disney+, Hulu, ESPN+ and the coming Star international streaming service.”

The new group is made up of three parts: Studios, General Entertainment, and Sports.

Studios is in charge of "creating branded theatrical and episodic content based on the Company’s powerhouse franchises for theatrical exhibition, Disney+ and the Company’s other streaming services. The group will include the content engines of The Walt Disney Studios, including Disney live action and Walt Disney Animation Studios, Pixar Animation Studios, Marvel Studios, Lucasfilm, 20th Century Studios and Searchlight Pictures."

General Entertainment is tasked for "creating general entertainment episodic and original long-form content for the Company’s streaming platforms and its cable and broadcast networks." That'll include things like ABC and the all the Disney Channel properties, FX, National Geographic, Freeform, and 20th Television.

And Sports will handle ESPN, ESPN+ and ABC Sports.

The new Media and Entertainment Distribution Group will be led by Kareem Daniel who formerly was president of Consumer Products, Games and Publishing.

What does that mean for you, the average consumer?

Perhaps not a whole lot. Or it could mean more movies coming to Disney+ sooner — which we've already seen this year with Hamilton, Mulan (as the first — and so far, only — member of the Disney+ Premier Access Program), and soon with the Pixar release Soul.

Regardless, it's a major move for Disney itself in a year that has seen theaters all but shut down for months. And with the United States lagging far behind in its coronavirus efforts and some theaters all but closing their doors for good and studios shifting release dates further and further into 2021, Disney is making a move that will make sense to many.

The reorganization takes effect immediately, and the company is shifting its accounting for the changes starting with the first quarter of its fiscal 2021 year. Disney will release its Q4 and year-end numbers on Nov. 12, 2020.