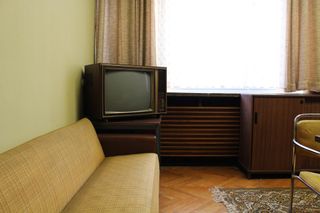 Are you ready for Halloween? Adam Sandler is. Sandler’s latest film, Hubie Halloween, arrives on Netflix today. Tonight group A will perform again on The Masked Singer, and Disney+ has a new episode of The Simpsons.

A new episode of The Masked Singer airs tonight on FOX.  Tonight the celebrity contestants return for the Group A playoffs, marking each of those contestant's second performance on the show thus far in the season.

Hubie Dubois (Adam Sandler) thanklessly spends every Halloween making sure the residents of his hometown, Salem, celebrate safely and play by the rules. But this year, an escaped criminal and a mysterious new neighbor have Hubie on high alert. When people start disappearing, it’s up to Hubie to convince the police (Kevin James, Kenan Thompson) and townsfolk that the monsters are real, and only he can stop them. Hubie Halloween is a hilarious family film about an unlikely hero with an all-star cast including Julie Bowen, Ray Liotta, Noah Schnapp, Steve Buscemi and Maya Rudolph, produced by Happy Madison.

Tonight's Guy's Grocery Games is a pandemic version of the show. Guy and Hunter Fieri send mystery ingredients to their favorite chefs, who have to use them in burgers and seafood dinners made in their own kitchens. Guy and Hunter play some of Flavortown's classic games to add to the chefs' culinary difficulties.

The Simpsons is the longest-running animated comedy in history, and now you can watch the latest completed season on Disney+. Season 31 arrived on the streamer on October 2nd and is now available for you to watch whenever you want.

Based on Clive Barker’s acclaimed and influential horror anthology BOOKS OF BLOOD, this Hulu Original feature takes audiences on a journey into uncharted and forbidden territory through three uncanny tales tangled in space and time.