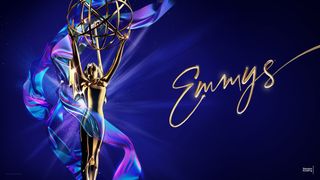 Now, as is the custom of entertainment websites everywhere, it's time to discuss who we want to see win, as well as the dreaded who will probably win. Thankfully, in many cases, both options are great! Let's break it down by category, yeah?

Not going to lie, Best Comedy is a rough category this year. The beloved Schitt's Creek vs The Good Place was already hard enough, but tossing in What We Do In The Shadows along with The Marvelous Mrs. Maisel is rough.

Curb Your Enthusiasm (HBO)
Dead to Me (Netflix)
The Good Place (NBC)
Insecure (HBO)
The Komisky Method (Netflix)
The Marvelous Mrs. Maisel (Amazon)
Schitt's Creek (Pop)
What We Do In The Shadows (FX)

Thanks to the success of genre shows like The Mandalorian and Stranger Things, we see some solid SciFi representation that hasn't always been seen in the major awards shows of yore. Regrettably, their existence in the category doesn't ensure their win, particularly in big categories like this one.

While Little Fires Everywhere and Watchmen are the pretty clear frontrunners in this category, one of them had stellar performances wrapped in a struggling narrative while the other knocked both out of the park.

Best Actress in a Comedy is another rough, rough category. There is so much talent spread between these six shows. Awards for everyone!

Regrettably, the same sentiment cannot be copy and pasted between two categories. But would you just look at this list of power house performers? Ted Danson and Eugene Levy would be a tough call on their own. Adding in the rest of these all star performers is just impossible.

Obviously all of these are going to be impressive competitions, and the skill shared between these ladies is unrivaled. However, this one was an easy choice!

Many actors have a lot more depth than what we see from them in their traditional roles. This Best Actor in a Drama category is a perfect representation of that, featuring more than one traditional "funny man" in a serious role.

Look at this list of powerful women portraying powerful women! And not the strong female character archetypes, either. Real, complex, powerful ladies getting it done!

It's refreshing when the grouping of shows are all so different from one another. While we know what "Oscar bait" looks like, but if you looked at the series that this bunch was nominated from, you wouldn't be able to tell someone what "Emmy bait" was.