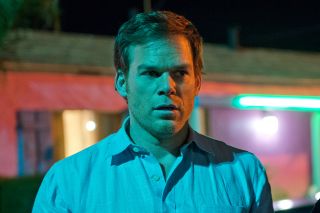 Even if you didn't watch Dexter, you know that those who did basically universally hated the series finale. (Don't worry, no spoilers here if you've just now decided to catch up in response to this announcement.) Now, they're giving themselves a take two! Everyone's favorite [checks notes] serial killer will be returning for a ten-episode limited run.

Michael C. Hall will be reprising his role as the title character. Following him back to the series will be showrunner Clyde Phillips.

Co-President of Entertainment at Showtime Gary Levine has been asked about the series in the past, and has always insisted that they'd only return to the serial killer drama if they had a good enough reason to do so. It appears they've found that reason.

Levine also said “Dexter is such a special series, both for its millions of fans and for Showtime, as this breakthrough show helped put our network on the map many years ago. We would only revisit this unique character if we could find a creative take that was truly worthy of the brilliant, original series.  Well, I am happy to report that Clyde Phillips and Michael C. Hall have found it, and we can’t wait to shoot it and show it to the world.”