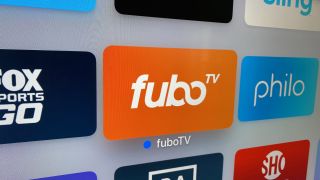 FuboTV — which emphasizes sports more than other streaming services — managed to not lose too many subs in a quarter that didn't have any live sports. (Image credit: WhatToWatch.com)

FuboTV today announced its (slightly delayed) earnings for the second quarter of 2020.

Paid subscribers dropped slightly to 286,126 for the three months ending June 30 — that's down from 286,126 at the end of March, a scant 0.41 percent difference, and leaving it well at the back of the pack of live TV streaming service in the United States. Fubo says paid subscribers remain up 47 percent year over year, however, and that's actually a better way of looking at things given Fubo's emphasis on sports — and sports tend to be seasonal.

That said, sports have also been mostly shut down for the past three months because of the global pandemic and are just now beginning to awaken.

In fact, David Gandler, co-founder and CEO of FuboTV, expects growth in the third quarter.

"With the gradual return of sports," he said in a letter to shareholders, "we anticipate an increase in subscribers, viewership and that our portion of revenue derived from advertising will grow. At the close of Q3 we expect paid subscribers to reach 340,000 - 350,000, which will be an increase of 20% year-over-year."

From a consumer standpoint, FuboTV may well be switching to a new gear. It raised its monthly fees by $5 over the summer but also added the Disney network of channels — including ESPN, which had long been a missing feature for a network that has so many other options for sports that you don't usually find in other streaming services. FuboTV also has been one of the only ways to watch live sports in upscaled 4K resolution, though it's been some time since any thing has been on that schedule.