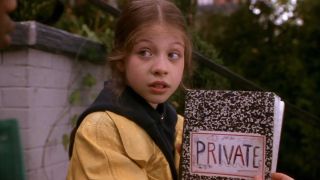 Apple TV+ announced plans Wednesday for an adaptation of Harriet the Spy, based on Louise Fitzhugh’s novel and set in the 1960s when it was first published. Beanie Feldstein (Booksmart) will play 11-year-old Harriet M. Welsch, whose irrepressible spirit and indefatigable curiosity offers her a series of life lessons - and gets her into a fair amount of trouble along the way.

Following the streaming service’s broadcast of Fraggle Rock: Rock On! and its reboot of Fraggle Rock, Harriet marks the latest partnership between Apple and the Jim Henson Company to generate imaginative, family-friendly programming. Lisa Henson and Halle Stanford will executive produce the show alongside The Adventures of Pete & Pete co-creator Will McRobb, who will also write the series. Titmouse Animation Studios (Animaniacs, Star Trek: Lower Decks) will animate the series

Feldstein seems particularly well-suited to play the 11-year-old amateur spy after starring in both Booksmart and How to Build a Girl, both coming of age stories that traded on the actress’ irresistible comic energy. She stars along with Jane Lynch (Glee), who plays Harriet’s no-nonsense nanny Ole Golly, and Lacey Chabert, a frequent performer for animated projects who also starred in the ‘90s drama series Party of Five, who plays Harriet’s schoolyard nemesis Marion Hawthorne.

Harriet the Spy was first adapted for the big screen in 1996 by director Bronwen Hughes with Michelle Trachtenberg in the title role. In 2010, The Disney Channel broadcast Harriet the Spy: Blog Wars, an adaptation of Fitzhugh’s material starring Jennifer Stone as Harriet.

Apple made significant strides in just its first year as a broadcaster (particularly of children’s programming), winning Daytime Emmys for the original series Ghostwriter and Peanuts in Space: Secrets of Apollo 10.