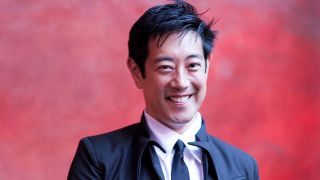 Grant Imahara — the robot-maker and engineer on the trio that made up the second team on the wildly popular Discovery show Mythbusters — died of a brain aneurysm, according to Variety and The Hollywood Reporter. He was 49 years old.

"We are heartbroken to hear this sad news about Grant," the Discovery Channel said on Twitter. "He was an important part of our Discovery family and a really wonderful man. Our thoughts and prayers go out to his family."

The news seeming was confirmed by Kari Byron, Imahara's co-star on Mythbusters and the follow-up featuring Byron, Imahara and Tori Belicci, The White Rabbit Project.

"Heartbroken and in shock tonight," Byron wrote on Twitter. "We were just talking on the phone. This isn’t real."

Heartbroken and in shock tonight. We were just talking on the phone. This isn’t real. pic.twitter.com/8zE2afcwSuJuly 14, 2020

Added Belleci: "I just cannot believe it. I don’t even know what to say. My heart is broken. Goodbye buddy."

Adam Savage, who along with Jamie Hyneman turned their love for engineering and special effects into a monster myth-busting vehicle that helped bring a new brand of science to millions of people, paid his initial respects as well.

I’m at a loss," Savage tweeted. "No words. I’ve been part of two big families with Grant Imahara over the last 22 years. Grant was a truly brilliant engineer, artist and performer, but also just such a generous, easygoing, and gentle PERSON. Working with Grant was so much fun. I’ll miss my friend."

White Rabbit Project is available in its entirety on Netflix.