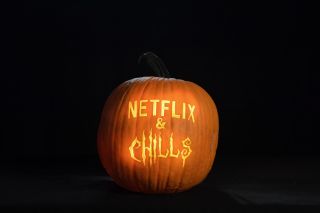 Spooky time cometh! Netflix has announced its fall lineup of frights and they start as early as tomorrow. Whether you're looking for films, a new series to binge, easy spooks or downright terrors, their upcoming list of programs has something for you.

If you're looking for some horror to binge in the meantime, you can check out the best horror movies on Netflix right now, the top A24 films and the best Stephen King adaptations.

We've already heard buzz on some of these, with the long anticipated Haunting of Bly Manor acting as the crown jewel in the Netflix and Chills lineup. Rebecca has already garnered a whole lot of social buzz over its... well let's just call it thirst in case there are kiddies reading. But even the ones we didn't know about look like quite the ride.

In addition to this list, Netflix will also be debuting some stuff for the kiddies:

If you're not into Netflix originals (why?) and are just looking for your traditional studio fare, here's what's coming to the streamer in October in the way of spooky stuff.