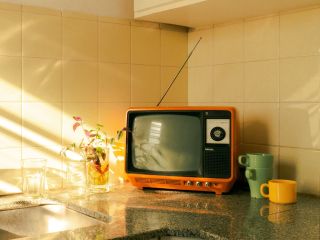 Now that October is upon us to are the Halloween movies. You can get in the spirit (pun intended) this weekend with the Haunting of Bly Manor on Netflix. Disney+ has a new episode of Weird But True available this weekend,  and DIY enthusiastic can look at how a project gone wrong gets corrected on Help! I Wrecked My House.

The Haunting of Bly Manor

Are you ready for Halloween? This Netflix Original might help you get in the spirit. From The Haunting of Hill House creator Mike Flanagan and producer Trevor Macy comes The Haunting of Bly Manor, the next highly anticipated chapter of The Haunting anthology series, set in 1980s England. After an au pair’s tragic death, Henry Wingrave (Henry Thomas) hires a young American nanny (Victoria Pedretti) to care for his orphaned niece and nephew (Amelie Bea Smith, Benjamin Evan Ainsworth) who reside at Bly Manor with the estate’s chef Owen (Rahul Kohli), groundskeeper Jamie (Amelia Eve) and housekeeper, Mrs. Grose (T’Nia Miller). But all is not as it seems at the manor, and centuries of dark secrets of love and loss are waiting to be unearthed in this chilling gothic romance. At Bly Manor, dead doesn’t mean gone.

Carly and Charlie are planning a surprise party and are in charge of the menu. There’s just one problem, neither of them knows how to cook. The duo attempts a basic burger, but that turns into a disaster. The only way to master the art of cooking is to learn from the experts at the Culinary Institute of America.

Help! I Wrecked My House

Starting large home improvement projects without the proper training can sometimes look easy at first but turn into a disaster. With several small projects under his belt, DIYer and handyman Jeremy decided to give his wife, Andrea, the luxurious main bathroom she's always wanted where she could wash away the stress of her job as a NICU nurse. When things take a turn, the Help! I Wrecked My House crew comes to help.

Watch at 8pm on HGTV

Learn more about the Freedom Riders in this PBS special tonight. The story of the 1961 Freedom Riders, civil-rights activists who confronted the Jim Crow laws that remained the status quo at interstate travel facilities in the South despite two Supreme Court rulings that declared them unconstitutional. The goal was to force the JFK administration, which was focused on the Cold War and international affairs, into addressing domestic civil rights. The thorough documentary includes remarks from many Riders and RFK administrative assistant John Seigenthaler.

Watch at 8pm on PBS

If you're looking for something timely to binge this weekend, Emily in Paris is proving to be one of those divisive shows that people either love or hate. Emily, an ambitious twenty-something marketing executive from Chicago, unexpectedly lands her dream job in Paris. Her new life is filled with intoxicating adventures and surprising challenges as she juggles work, friendships, and romance.