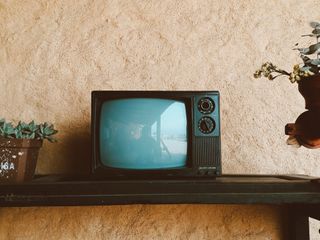 The F1 series (aka Formula 1) is in England this weekend and next, with the British Grand Prix this morning from Silverstone. It's the fourth race of the season, with Mercedes out to a strong lead thus far.

Will that continue after today's race? Only one way to find out.

I'll Be Gone In the Dark

Catch the final episode of this limited series.

Meanwhile, researcher Paul Haynes and true crime writer Billy Jensen try to learn everything they can about DeAngelo. Exclusive interviews with DeAngelo’s relatives reveal early family trauma, and his double life as a suburban dad and serial predator.

Sister Alice (Tatiana Maslany) faces mounting pressure from the church elders about her promises for a “resurrection.” Strickland loses track of a key witness, while Drake’s (Chris Chalk) detective work opens a new avenue in the case.

Science reporter and host Latif Nasser hops all over the planet to tease out the subtle and surprising ways that we're all linked to one another — and to our world.

He takes a look at the air we breathe, the selfies and how the "poop we poop can be traced back to catastrophic shipwrecks, fraudulent elections, and even distant galaxies."

That's what we've got in Shark vs. Surfer, which premieres today on Hulu. The gist:

Accounts of shark attacks on surfers; caught-on-camera encounters, and interviews with the victims; insight from marine biologists Ryan Johnson and Dr. Stephen Kajiura.

Any other season and a Red Sox-Yankees game would be quite the Sunday evening spectacle. This year, it's a little different without any fans in the stands.

But baseball must go on. And when these two teams go at it, we watch.

The MVPs from the previous two seasons go at it tonight from The Arena at ESPN Wide World of Sports in Orlando.

It's not a normal game — what is these days? And this is not a normal season. But just like the Yankees and Red Sox, when these two hit the court together, good things happen. We're in.

It was a slow news week in the U.S. and around the world, so perhaps John Oliver will just take the week off and ...

Who are we kidding? There's absolutely no way we'd want to miss this week's recap of the news as only Oliver can do it. (If only to hear what he has to say about the Emmy nominations.)