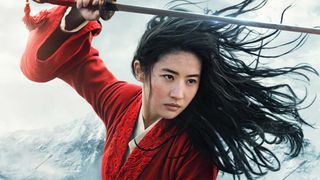 Walt Disney Studios announced on its quarterly earnings call today that its live-action adaptation of Mulan would be headed straight for Disney+ on Sept. 4. This news comes after the studio pulled the title from their release calendar indefinitely just 12 days ago, so the move isn't exactly unexpected.

The big news instead is that Mulan will require a "Premium Access" fee of $29.99. So it's Disney+, but it's pay-per-view on Disney+. (Not entirely unlike how UFC pay-per-view events cost extra on ESPN+.)

The movie will be released on the streaming platform in the United States, Canada, Australia and New Zealand, the company announced on Tuesday. Disney is yet to announce how long their rental period will be.

Mulan will also see release theaters (where they're open) in markets that don't have Disney+ yet. It is currently unclear if the film will be released in United States drive-ins in tandem with the newly planned digital release.

While Disney CEO Bob Chapek noted "We're looking at Mulan as a one-off, as opposed to say there's some new, business windowing model we're looking at," don't be surprised if we see Disney continuing to fall back on this model for certain titles while theaters (and in this case, theme parks) remain closed.