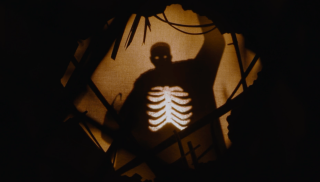 After announcing a delay to October back in early July, Candyman has now shifted to sometime in 2021. Studio partners are still unsure on what the exact date may be, but with the 2020 slate continuing its release date musical chairs, teams behind the project decided it was best to shift to what will hopefully be a less tumultuous year.

Even from a consumer perspective, this move makes sense. With Dr. Fauci recently confirming it likely won't be safe to return to theaters until mid-2021 if we're lucky and Tenet raking in a dismal $20 million after trying to "save" movie theaters, it's becoming more and more evident that releasing theatrically in 2020 simply isn't the play.

Wonder Woman recently shifted to the holiday season, but it's gotten to the point where these incremental moves seem more like pipe dreams than informed business decisions.

No matter what day Nia DaCosta's Candyman becomes available, it's evident that there's a lot of care in this project. That care is reflected in the call to shift the film later as well. Now simply isn't the time to release larger titles that will benefit enough from the big screen to necessitate a theatrical release.

Candyman synopsis:
A "spiritual sequel" to the horror film Candyman(1992) that returns to the now-gentrified Chicago neighborhood where the legend began.