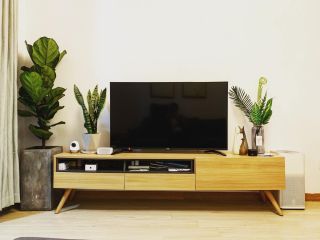 Weekends are short but TV is for forever! Ok, so that's fundamentally untrue, but TV does have a lot of exciting things to check out. Monday's offerings always feel a little bit sweeter, as that first day back at work is always a little extra tough.

Check out everything from Chris Hemsworth doing some swizzle hip dancing while threatening folks with a gun from Stanley Cup hockey in this week's picks. There are even several different baseball options for those who just can't get enough now that it's back!

One way or another — you're going to be seeing a lot of clips from this one. Might as well watch it all for yourself.

Watch the Dallas Stars take on the Vegas Golden Knights in Game 2 of the Stanley Cup playoffs. Two defense oriented teams will go head-to-head after rocky seasons that both featured a coach change.

Bad Times at the El Royale

Bad Times at the El Royale is one of those movies that audiences just didn't turn out for. This makes absolutely no sense, as the cast is absolutely stacked (Chris Hemsworth, Cynthia Erivo, Jeff Bridges, John Hamm...) and the film is downright great. Drew Goddard's followup to (the also exceptional) Cabin in the Woods didn't get the time it deserved in theaters, but I suspect this one will gain cult status before it's all said and done.

Watch at 6:35PM EST on CINEMAX

Tune in tonight to watch the New York Mets take on the Atlanta Braves from Truest Park. The rivalry between these two clubs may not be as fierce as it was in the late nineties, but there's still some sneers going on there. Should be a good game!

What better movie to watch just as Major League Baseball is returning than The Natural. Follow middle-aged rookie Roy Hobbs (Robert Redford) as he kicks off his career at what many people in the film consider to be a laughable age. Of course, Hobbs would have started his career much sooner had he not been shot on the way to try outs when he was younger. It's a ride, folks!

I May Destroy You

Check out a brand new episode of HBO's series I Will Destroy You. Tonight's episode focuses on social media presence, and the danger of our world becoming completely wrapped around our phones and devices. Definitely something that won't hit close to home while we're all trapped inside or anything!