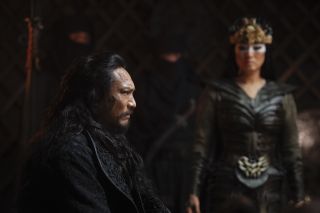 The live-action version of Mulan makes its Disney Plus debut on Sept. 4. And when it does, you'll be able to watch it in 13 countries in which Disney+ is currently available. (It's worth noting that more European countries are coming online on Sept. 15, so they won't have too long to wait.)

The four continents on which you can currently get Disney+ are all represented — North America, Europe, Australia and Asia — though the actual number of nations on the list is a good bit smaller. But in any case, it still covers a pretty good number of people.

The United States tops the list of course, given that Disney is based here. You'll be able to watch Mulan via the new Premier Access program — Mulan is the first title to be part of it. That means you'll have to pay an additional fee on top of your Disney+ subscription, but it also means that you'll able to watch Mulan as much as you want so long as you keep your subscription. It's not pay-per-view — it's pay for access.

The price for Mulan on Premier Access in the United States is $29.99. (We don't know if that's the going rate for titles after Mulan; they could be more, or they could be less.) The price varies a little bit depending on where you live.

Here's the full list of countries in which Mulan will be available on Premier Access on Sept. 4, along with pricing:

One notable country that's missing is France. It'll have access to Mulan once it leaves Premier Access on Dec. 4 and is available on the regular Disney+.

Along with the new live-action Mulan, Disney Plus also is the home for all other things Disney. In addition to that, it's also where you'll find the entire Star Wars catalog, the Marvel Cinematic Universe, all the Pixar films you know and love, as well as content from National Geographic.

Disney+ runs $6.99 a month or $69.99 a year in the United States, and you can get a crazy-good bundle of Disney+, Hulu and ESPN+ for $12.99 a month, essentially getting you three streaming services for the price of two.