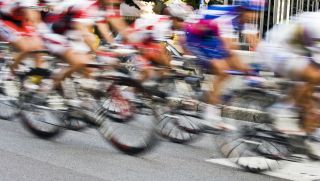 The 107th version of the Tour De France is shortly upon us. The race. which usually starts in June, has been yet another sporting event deferred courtesy of COVID-19 and now begins on the Aug. 29.

The Tour this year consists of 21 stages (individual races), and in total covers 3,470 km (or 2,156 miles), which averages out to 165.2 km (102.7 miles) of cycling a day. And much of the Tour de France involves hilly, mountainous stages and requires a great effort from all of the cyclists.

Where can you watch the drama unfold, and who is my prediction to win the ultimate test in road cycling?

Please read on to find out.

How to watch the 2020 Tour de France from anywhere

If you've already got a sports service all set up but aren't going to be in your home country during the Tour de France, it's worth checking out a VPN.

A VPN — that's short for Virtual Private Network — can route all your network traffic through home country. So if you'd normally be watching the Tour de France from the UK but aren't actually in the UK, you can make it look like you're in the UK with a VPN. (And for all intents and purposes, it's like your computer is in UK.) Or Spain, or Germany, or wherever. A VPN basically levels the playing field in that way.

How to watch the Tour De France in the United States

How to watch the Tour de France in the United States

For these in the U.S., the Tour de France will be broadcast each day on NBCSN, and also will be available on NBC Sports Gold.

NBCSN is available on every major streaming service, including Hulu with Live TV, YouTube TV, Sling TV (with this Blue plan), AT&T TV Now, and Fubo TV. Your most affordable option there is Sling TV — you'll want the Sling Blue plan for $30 a month — which also offers a free trial.

NBC Sports Gold is offering up the Tour de France as part of the $54.99 subscriptions, which will run you through May 31, 2020. In addition being able to watch all 21 Tour de France stages live, you'll also get other road races and classic events. Upcoming races include the rescheduled La Flèche Wallonne, Paris-Roubaix and Liège-Bastogne-Liège, and La Vuelta a España.

How to watch the 2020 Tour de France from Canada

If you're in Canada and want to watch the Tour de France, there's one way (and one way only) to do it. You'll need a subscription to FloBikes.

FloBikes is available on every major streaming platform, including Roku, Amazon Fire TV, Android, iOS and Apple TV. Same goes for web browsers. And you'll get up to 12 (yes, a dozen) simultaneous streams, so you can watch on pretty much all the things at the same time. And FloBikes is super-affordable at just $12.50 a month.

With that subscription you'll get live and on-demand coverage, live stats, highlights and daily analysis, exclusive shows from the Global Cycling Network, and a lot more.

This year’s Tour de France is as always going to test the cyclists’ abilities. As early as Stage 2, Nice to Sisteron ends with a summit stage and some tough hills to overcome. Stages five and six, also are very hilly before the legs get tested even further when the race moves into the Pyrenees. There is a rest day after stage nine for riders to rest their legs or recover from any illnesses/injuries which frequently occur.

After the rest day the tour begins in the Alps with some severe stages including Stage 15, Lyon to Grand Colombier and what looks the hardest test this tour, Stage 17, Grenoble to Meribel Col de la Luze. This stage seems to be a brutal one. It appears vertical climbs all the way, and could easily decide who will be the overall winner of the tour by the end of this day.

This year there is the only one-time trial which differs from many other previous tours.  The time trial is another that ends on top of a mountain summit. It does look that this year favours the skilled climbers rather than the endurance racer who can hold on to the climbers on the mountain stages but overpower them with his ability to time trial. It makes for a fascinating tour.

Ineos and Bernal - The team/rider to beat

To win any of the Grand Tours — which are the Giro D’Italia, Tour De France and Vuelta a Espana — there needs to be a strong team to support their leader. One person alone cannot cycle to a high intensity each kilometer or minute for each stage. He needs people to stop others from breaking up attacks, set him up for raids, amongst other things. The sheer resignation of an individual to sacrifice his own individual glories for the greater good of their leader in this sport is unlike any other sports I have seen. It is a remarkable tour which deserves your viewing.

In terms of the teams, then undoubtedly, the strongest team is Ineos. Their leader for the tour is Egan Bernal, who won the tour last year. The 23-year-old Colombian is a remarkable cyclist and a great climber. There have been a few injury concerns in recent months, but the team will be expecting another victory. If, however, Bernal cannot match the high levels of last year, then the team also have in their ranks, Richard Carapaz. The Ecuadorian rider won the Giro D’Italia last year with his former team, Movistar and then moved to the Ineos team in September 2019.

The Ineos team is so strong in all areas decided to leave out of the team for this tour two previous winners in Chris Froome and Geraint Thomas. Englishman Froome has been on the road to recovery following a horrific crash and is deemed not in the appropriate level of form to take part in this tour. Similarly, the Welshman Thomas and both will set their sights on other cycling events. Froome is now targeting the Vuelta a Espana and Thomas the Giro D’Italia. There may well also have been a factor in the decision that having Froome and Thomas, previous winners of the Tour De France in their team might have thrown up a lot of media attention around who is the actual leader of the group and try to cause conflicts in the team. This way Bernal is the leader, but if his form wanes, Carapaz is more than capable of pushing on in a leader capacity.

I would be surprised if anyone other than those named will be in the top three on the podium in Paris in September. Last year the top six finished with Bernal as the winner, Geraint Thomas second, Kruijswijk third, Buchmann fourth, Alaphilippe fifth and Landa sixth

Another cyclist to keep an eye out for is Russian, Pavel Sivakov. The 23-year-old is yet another from the Ineos Team. He won last year the Tour of the Alps and Tour de Pologne which are lesser events, but his ability and potential marks him out as one for the future and keep an eye out for his performances in this tour.

Taking everything into account and without knowing unknown events such as crashes resulting in injuries to crucial riders, illnesses etc. then the winner of this year’s tour I am predicting is for Egan Bernal to retain the yellow jersey as the winner of the Tour De France. His team is the best in the event by a significant distance and will give him the support and combined with his own individual ability will be too strong for his competitors.