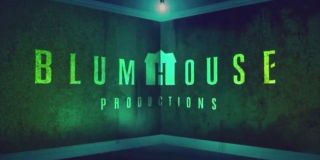 Horror distributor Blumhouse’s ability to find emerging filmmakers and unique visions has made them a highly-sought pipeline for creatives and a standard-bearer for studios serving genre fans. On Thursday, they announced “Welcome to the Blumhouse,” a slate of eight films linked by common themes to premiere on Amazon Prime starting in October 2020.

Showcasing talented storytellers both well-known and upcoming, “Welcome to the Blumhouse” features films focusing or centered around family and the ties that bind - or constrict. Amazon Prime Video will debut the first two films, The Lie and Black Box, as a double feature on October 6, followed by two more on October 13, Evil Eye and Nocturne. The second series of double features will premiere in 2021.

In a press release, Julie Rapaport, Co-Head of Movies for Amazon Studios, said, “We are excited to launch ‘Welcome to the Blumhouse’ with this exhilarating and provocative slate of original films for the first time ever on Prime Video. This collection from diverse and emerging filmmakers was a thrill to put together with our wonderful partners at Blumhouse Television.”

“These chilling stories have something for everyone - ready to fright and delight genre fans and newcomers alike,” she added. “We are excited to share them with our global Prime Video customers.”

Per Blumhouse and Amazon’s press release, The Lie stars Mireille Enos (“The Killing”) Peter Sarsgaard (An Education) and Joey King (The Kissing Booth 2) in a story written and directed by Veena Sud (The Killing), about parents who try to conceal a murder for their daughter after she unexpectedly kills her best friend. Black Box stars Mamoudou Athie (Jurassic World 3), Phylicia Rashad (Creed), Amanda Christine (Colony), Tosin Morohunfola (The Chi) and Charmaine Bingwa (Trees of Peace) in a story co-written and directed by Emmanuel Osei-Kuffour Jr. (Born With It) about a father who undergoes a radical treatment to regain his memory after losing his wife in a car accident.

The following week, Evil Eye debuts, based off the award-winning, best-selling Audible Original production from writer Madhuri Shekar. Directed by Elan Dassani and Rajeev Dassani, the film stars Sarita Choudhury (Mississippi Masala), Sunita Mani (GLOW), Omar Maskati (Unbelievable), and Bernard White (Silicon Valley), focusing on a romance that descends into mystery and danger when a mother becomes convinced her daughter’s new boyfriend has a dark connection to her own past.

Meanwhile, Zu Quirke makes her feature debut with Nocture, about a timid music student who unexpectedly begins to outshine her accomplished, and outgoing twin sister after discovering a mysterious notebook. The film stars Sydney Sweeney (Euphoria), Madison Iseman (Jumanji: The Next Level), Jacques Colimon (The Society) and Ivan Shaw (Insecure).

Blumhouse Television co-presidents Marci Wiseman and Jeremy Gold said of the endeavor, “We’re beyond excited that the visions of these talented filmmakers will finally be seen by genre fans around the world, especially during this time when people are seeking to escape and be entertained. And we love the innovative idea of programming like the classic drive-in or repertory theater experience.”