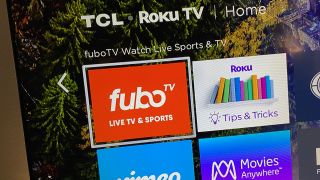 FuboTV — fifth in the line of the live streaming TV services in the United States — today announced updated guidance for the third quarter of 2020.

In addition to an increase in revenue and ad sales, Fubo says it expects to have between 370,000 and 380,000 subscribers at the end of Q3, an increase of 28 percent year over year and 20 percent higher than it previously forecasted.

Fubo is giving investors a peek into Q4 already as well, expecting to end the year with between 410,000 and 420,000 subscribers.

That would still leave FuboTV well behind fourth place on our list of the biggest streaming services in the United States — AT&T TV Now had some 720,000 subscribers as of Q2 2020, and way behind Hulu With Live TV, which remains in the top spot with some 3.4 million subscribers.

Still, growth is what's important for a public company, and that's what FuboTV is showing here. And the return of sports is the key, FuboTV David Gandler said in a letter to shareholders.

"The current quarter has been very strong for fuboTV," Gandler wrote, "with double digit revenue and subscription growth year-over-year as well as improvement in retention - all achieved during the ongoing pandemic. With the leading live sports package in the market, we are encouraged that the major sports leagues have found ways to navigate the pandemic. The NFL has a great example with Major League Baseball on how to handle COVID-19, and we’re excited for the season."

FuboTV is a sports-heavy streaming service with plans starting at $59.99 a month and ranging up to $79.99 a month. It also has a host of optional add-ons that increase the sports coverage even further. And it's one of the few ways to watch live sports in (upscaled) 4K resolution in the United States.