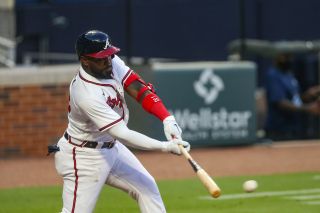 If you are down For the A or a cog in the Big Red Machine, you need to learn how to watch Atlanta Braves vs. Cincinnati Reds live stream in the Wild Card series this week. This series features a powerful slugging team with below average pitching facing their evil twins in a team with all world pitching but not much run support. The records are close so this could be a coin-flip type of series, so baseball fans all over will want to be a part of it.

Here is how you can watch this Wild Card Series online featuring the Atlanta Braves vs. Cincinnati Reds.

How to watch Atlanta Braves vs. Cincinnati Reds live stream in the U.S.

The Atlanta Braves vs. Cincinnati Reds Wild Card series starts on Wednesday, September 30 at noon from Truist Park in Atlanta. Games 1 and 2 of this series will air on ESPN, and game 3 will be on either ESPN, ESPN2, or ABC.

Sling TV ’s Orange Plan has ESPN streaming online for only $20 for your first month. You can upgrade to the combined Orange + Blue Plan to get most MLB Playoffs games among the live streaming services. (See all Sling TV channels.)

YouTube TV  is a highly recommended option for fans who want to see every game, and it includes ESPN for Atlanta Braves vs. Cincinnati Reds. For $65, the service also has ESPN, Fox, FS1, TBS and MLB Network for all the other national MLB Playoffs games. (See all YouTube TV channels.)

Fubo TV recently added ESPN and ESPN2 to their package that already has Fox, FS1, ABC and MLB Network. Just be aware that Fubo no longer includes TBS, so fans who want the AL playoff games might be disappointed once everyone moves on to the next round. (See all Fubo TV channels.)

The Atlanta Braves (35-25) won the National League East pennant by four games, in part by winning three games out of four against the second place Miami Marlins in the final week of the season. The Braves weren’t the strongest pitching team, but their scoring more than made up for it by finishing second in MLB in runs scored.

Credit MVP candidate Freddie Freeman, who had an 18 game hitting streak this year and posted 13 home runs and 53 runs batted in. The hope now is that pitcher Max Fried (7-0) can win his game, and they can get just enough pitching to win one of the other two games.

The Cincinnati Reds (31-29) finished just one game above .500, but that’s good enough to make it into this year’s expanded playoffs. The Braves best take the red-hot Reds seriously, as the team closed out the regular season winning 11 of their final 14 games.

The Reds were the opposite of the Braves in team makeup, with an offense near the bottom of the big leagues, but amazing pitching. They finished with the worst team batting average (.212) in MLB, although Eugenio Suárez did put up 15 home runs and 38 runs batted in for some power at the plate. Starting pitcher Trevor Bauer had a 1.73 ERA in 11 starts, so the pitching could mean game one becomes an instant classic.

How to watch Atlanta Braves vs. Cincinnati Reds live stream in the United Kingdom

If you're in the United Kingdom, you can still see lots of postseason baseball action. Atlanta Braves vs. Cincinnati Reds live stream Wild Card series will be on BT Sport ESPN channel.

The Atlanta Braves vs. Cincinnati Reds on BT Sport Pass will stream in the BT Sport Box Office app, available for iOS and Android, or on the BT Sport website. The apps can also be used with Google Chromecast or Apple Airplay to watch on your big screen. Check the BT Sport schedule each day, as games will be on BT Sport 1, BT Sport 2, BT Sport 3 and BT Sport ESPN.

How to watch Atlanta Braves vs. Cincinnati Reds live stream in Canada