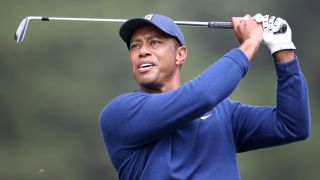 The 2020 PGA Championship may be a few months behind schedule, but the best 156 players on the PGA Tour are ready to compete in this prestigious golf major. This means the PGA Championship will serve as the first major championship of the adjusted golf season.

The ripple effects of the COVID-19 pandemic cancelled the Open Championship and moved the other majors around the calendar. This may be an event without spectators, but you can still see the greatest golfers in action this weekend. Learn all the ways to  watch the PGA Championship online, including with ESPN Plus (ESPN+), Sling TV, and a free trial of CBS All Access.

When is the 2020 PGA Championship?

In the U.S., broadcast coverage will be split between ESPN+, ESPN and CBS.

This year's PGA Championship field is incredibly deep, evident by all the new names near the top of the leaderboard, the old favorites in the pack — and the household names who didn't make the cut.

Dustin Johnson leads by 1 going into Sunday's final round at Harding Park in San Francisco. Saturday's round of 65 was his best of the tournament so far, leaving him a shot ahead of Scottie Scheffler and Cameron Champ.

Paul Casey, Colin Morikawa and Brooks Keopka — who's in search of his third straight PGA Championship win — are tied for fourth at 7-under.

Tiger Woods, who was hoping for a bit of a comeback at this major, is amid the field at +1.

ESPN+ is offering an unprecedented look at four featured parings, following them for all 18 holes. There are two groups in the morning, and two in the afternoon.

And the afternoon groups are:

All times are Eastern.

The 2020 PGA Championship offers total coverage from the first tee box to the final hole online. Fans can subscribe directly to ESPN+ and CBS All Access to see 28 hours of coverage, including the crowning of a champion on Sunday. Plus, a Live TV streaming service can add 18 more hours of coverage from ESPN, with play on all four days.

And ESPN+ has a little something special for everyone, following four featured groups each da from 10 a.m. to 10 p.m. Eastern. There are two in the morning, and two in the afternoon.

The best way to see every minute of the 2020 PGA Championship is to combine CBS All Access, ESPN+ and Sling TV. For a total of just $31, you’ll see everything all four days, and have a month of other golf, sports, and entertainment of these services.

CBS will broadcast 12 hours of coverage this weekend, including six hours of coverage on Sunday that will include the full rounds of the final groups to decide the champion. All of that coverage will be streaming live on CBS All Access, which is available with a one month free trial.

CBS All Access streams the best of CBS, including the 2020 PGA Championship, new shows made just for All Access and live streams of your local CBS, including sports like the NFL and college football and basketball. Be sure to check their listing of CBS Live TV markets to be certain your area is in the fairway.

ESPN+ is one of the best places you can watch a ton of golf, with more PGA events to come over the next few years. ESPN+ also has special event sports, like UFC and Top Rank boxing, pro team leagues, like MLB and FC Cup, and major college sports when they’re in action, including basketball, baseball, football and more.

ESPN+ also has the full 30 for 30 documentary series back catalog, along with classic sports and news features.

If you are interested in starting a free trial or signing up for any of these services, make sure to check your service of choice to find if they offer your local CBS station. Please note that Sling TV does not offer any CBS locals at this time. All of these services are available on major TV streaming platforms and mobile devices, but Hulu with Live TV does the best job of covering game consoles, while YouTube TV has the best selection of smart TVs from Samsung, LG, HiSense and Vizio.

Hulu with Live TV: $55 a month after a one week free trial

How to watch the 2020 PGA Championship in the United Kingdom

If you're in the United Kingdom and want to watch the 2020 PGA Championship, Sky Sports is your key. The British Grand Prix is broadcasting on Sky Sports Golf channel.

Sky Sports will be carrying all four rounds live from August 6-9. All of the coverage will be on the Sky Sports Golf channel. They are also planning on having highlights shows on Friday, Saturday and Sunday, and will rebroadcast the full final day of golf on Monday starting at 10:30 a.m.. All times shown are British Time.

Sky Sports Golf is available as part of the Sky Sports Pass, with no pay cable package required. You can choose between several different Sky Sports Passes, including a Day Pass for £9.99, or a Month Pass for a promo price of £25 per month.

Sky Sports Pass costs £10 a day or £25 a month to get all of Sky Sports channels with no strings.View Deal

How to watch the 2020 PGA Championship in Canada

In Canada, the 2020 PGA Championship is available on the TSN networks. Coverage is spread out over TSN, TSN1, TSN3, TSN4 and the TSN app.

The TSN4 schedule for the 2020 PGA Championship is:

All of these TSN channels are available live streaming online as part of TSN Direct. This service allows viewers to pay for an online pass to watch all the great sports from the TSN stations without needing a cable package. You can get a day pass for $5, a month pass for $20, or a six month pass for $100. If you get a TSN Direct Pass, you can watch the 2020 PGA Championship golf live stream this weekend.

A good antenna will let you watch broadcast networks, including the CBS broadcast of the PGA Championship this weekend. Once you hook up an antenna to your TV tuner, you can turn to your local CBS affiliate to watch live coverage of the PGA Championship on Saturday and Sunday. Also, if you want to use your antenna with a smartphone, tablet, or streaming device, you can consider buying an over-the-air streaming box.